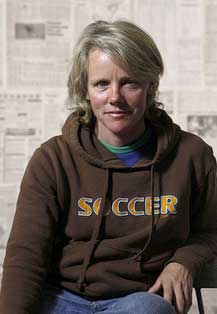 Free Kick was founded by Carrie Serwetnyk.
The Associated Press coined Carrie, “the pioneer of women’s soccer in Canada.” As a former Canadian National team player, she played the majority of her high level career in the United States, France and Japan, winning 7 national championships.  Carrie has a USSF “A” Coaching License and has contributed over 20 years developing players of all ages throughout North America.

Free Kick has been influenced and spirited by the World Cup fever and generosity of soccer globally. Carrie has has attended the past 8 FIFA World Cups and five FIFA Women’s World Cups. The Free Kick programs are created with this love to share the extraordinary World Cup experiences with the young generation.

Free Kick was a free publication distributed monthly in The Province Newspaper and at local soccer and cultural events. 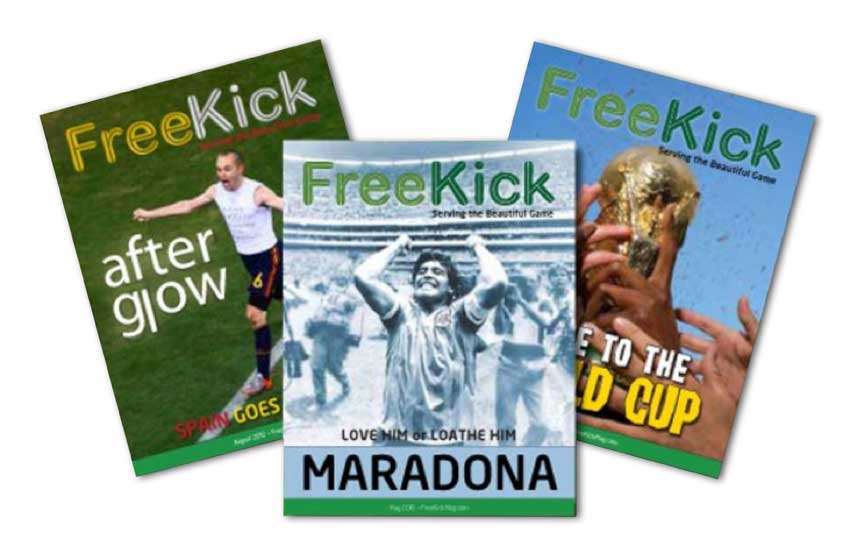 Past issues included focus on:

Our Mission: To promote the universal passion of soccer with a positive voice.

Free Kick was a full colour, one-of-a-kind free publication highlighting an in depth coverage of the game’s impact on society and individuals both locally and internationally. With our emphasis on human interest stories and having fun, Free Kick was a fascinating read for the mainstream audience who may not identify themselves as soccer fans.

In 2009, Free Kick was honored to give a free 2 day soccer camp for 100 Eastside Kids
with FIFA World Cup champion and three time FIFA player of the year Zinedine Zidane.

We're not around right now. But you can send us an email and we'll get back to you, asap.